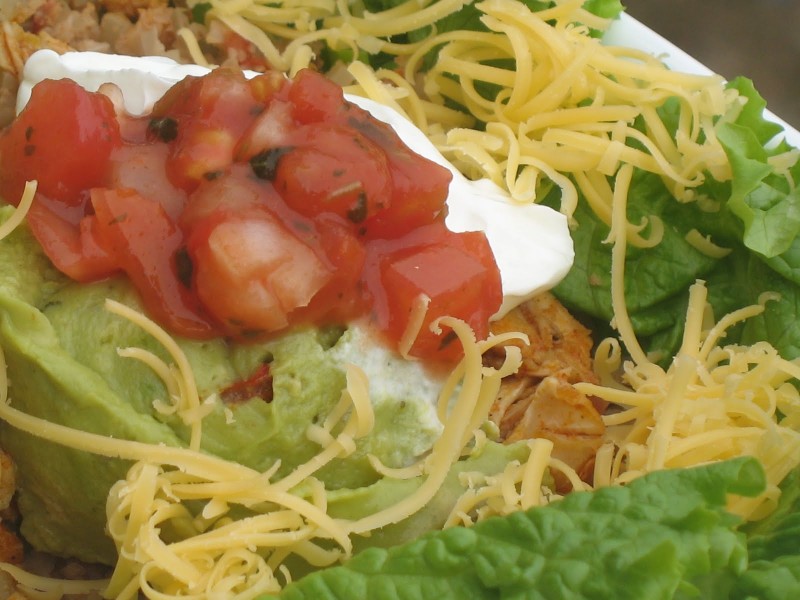 That’s right, you awesome does and beaus*,
*Because you’re all deer… get it! Bwah!

I have worked the magic known as the Chipotle Burrito Bowl.
You know you want it

Once the fare of high carb plans everywhere, a little bit of creativity and guacamole goes a hella long way.
and sour cream, and taco seasoning and cheese and… and…

Take your chicken. Hullooo chicken! See those breasts? Now these are Hooters. And all natural. Not like the ones you see on Bravo. 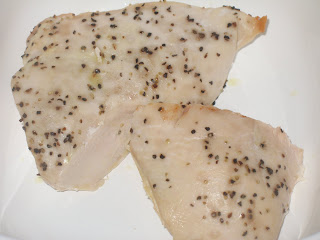 You’re going to cut your cooked chicken into cubes.
How dicey! 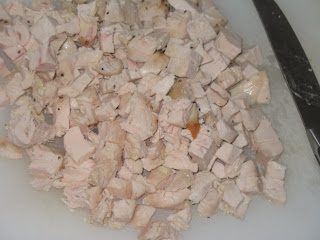 Cook in olive oil over medium heat until chicken dries out, stirring occasionally, about 5-15 minutes, depending.

Add half of a package of Taco Seasoning and 1/4 cup water. Stir and cook until liquid is gone. 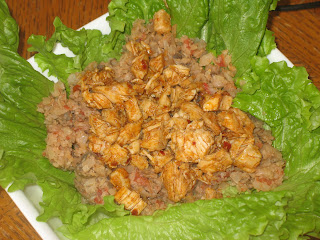 You can line the bowl with lettuce leaves, or you can shred the lettuce as Chipotle does. I was going all Martha Stewart on yo butts, so I decided to go with the leaf liner.

Place Low Carb Spanish Rice in the bowl. Make a well and fill with chicken.

Add your toppings (I add everything but the beans and corn). 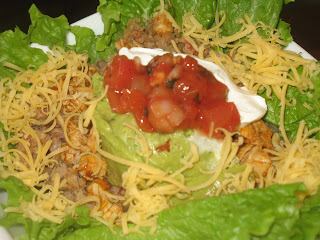 The beauty of the burrito bowl is then to mix it up. 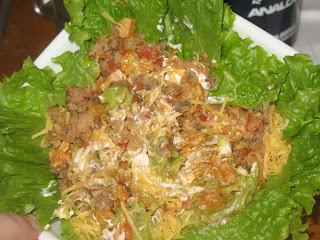 Then if you REALLY want to, you can add some black beans on top for decoration (they’re really great fiberwise, but a wee bit carby) or a tiny bit of corn–we’re talking less of an ear than Mike Tyson bit off.

So how low carb are we? Let’s assemble your bowl:

Have fun, make it yours, and tell me: Where do we want to eat next?