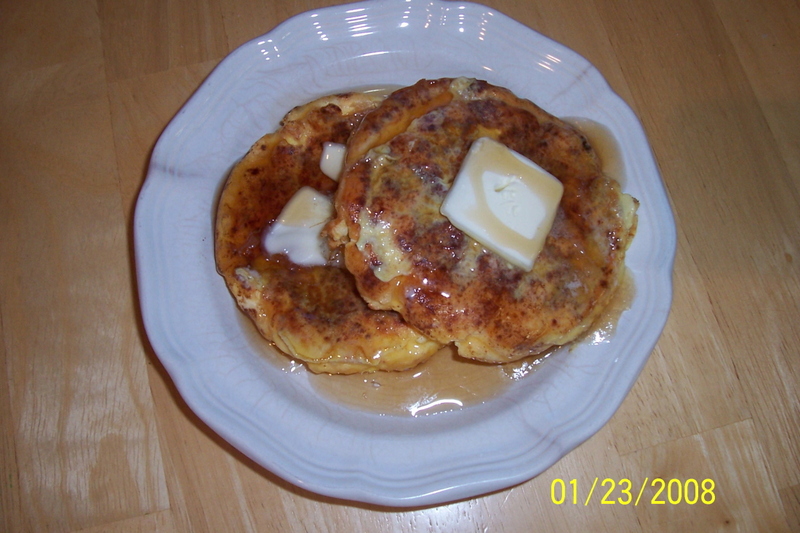 (Picture by JennyJ. Isn’t she an amazing cook and a photographer? I want to lick the screen!)

This gluten free, low carb French Toast is so amazing, you’ll forget you were supposed to feel guilty.

1 egg beaten w/ a bit of cream, vanilla and cinnamon

(* another note: This recipe is so awesome, you won’t even realize it’s not French toast with actual bread!)

** Laurie uses sweetzfree, but Jenny omitted Sweetzfree and said the recipe was sweet enough, so if you don’t have any, you’ll probably be all right.

ETA: this batch of oopsies I added a bit of cinnamon 🙂