Four years have flown by, and now my blog should officially be potty trained. It’s amazing how fast 1200ish days run past your ankles when you’re busy changing bacon grease schmeared shirts (likely caused by tossing bacon confetti into my mouth, and missing a lot of the time).

Below is a sampling of some of the events taking place that you may have never read before, since they’re not all recipes. In these years, I have loved and lost, fallen into a hole, had a full-time job, pontificated philosophically, coveted Hostess products, relived wearing moon boots and shared some recipes you may have never seen before today.

So grab a cuppa, turn off Bravo television (don’t tell Andy Cohen), and enjoy some of these Lighter Side classics from earlier years.

January 2009: Broccoli kitteh loves broccoli
January 2009: Harshing on the mellow of the food pyramid
February 2009: Stuffed Crust recipe tweaks with pictures shares the magnificence that is the stuffed cauliflower crust
March 2009: Snowy weather and moon boot madness
April 2009: What is your greatness?
May 2009: A little civil disobedience

Who knows? Speaking to the future, maybe you want to read more about Santa, about dieting adventures and about other things than…well,  food. Because you’re vocal and vivacious, let me know what you like (and want to see more of) as the blog moves ever forward.I can be persuaded to throw in more stories about licking the Christmas cookies.

Since launching, Your Lighter Side has become the number one low carb blog on google–thanks to you. Almost half a million unique readers, thousands of friends and subscribers, and sponsors keep me on my toes. I am blessed to work with companies like Oral-B, Glam Publishers, Eucerine, Examiner.com, and amazing, new, low carb companies like HoldTheCarbs.com, as well as some pretty incredible (established and up-and-coming) idols in the industry. What’s next? Between you and me, I have some pretty incredible ideas that will only require effort, a crack (not smoking) designer and a jar of mustard. It’s going to be a delicious ride.

Thank you friends, my family, readers, sponsors, advertisers– and new friends I have yet to meet. This is where I might become mushy, so I’ll just give you noogies instead and tell you I adore you in the most socially acceptable way possible, times ten, plus an oopsie roll on top. With bacon. And this lamp. 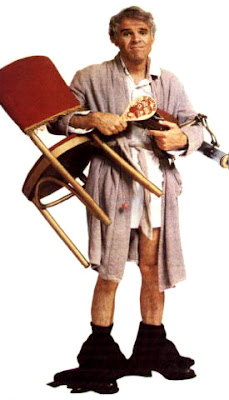