If your child or someone you know has been diagnosed with Attention-deficit/hyperactive disorder (ADHD), there is a high probability that they have been misdiagnosed. As many as 75% of diagnoses could be wrong, this high figure could be even higher if the child is a boy.

ADHD cases have grown at an unbelievable rate over the past ten years. With these cases, of course that means that the prescriptions to treat ADHD have also grown at this rate too. However, the diagnoses is not scientific, unclear and even biased.

Psychotherapist are constantly diagnosing ADHD incorrectly, three out of four cases, studies have shown. Swiss researchers found this higher if the child was a boy. In a study involving almost 500 therapist, girls with the exact same symptoms as the boys were told they did not have ADHD, and twice as many boys were wrongfully diagnosed and given a powerful drug to treat them. 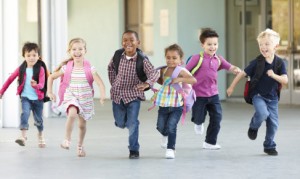 Researchers are urging parents to seek second, third, and fourth opinions before allowing your child to take these drugs. Therapist need to carry out appropriate scientific test and not rely only on their hunches before giving an ADHD diagnosis.

I have been to seminars on this topic, and some are pro drugs and some are against them for ADHD. As a parent with a child that was suspected of having ADHD, I suggest that you do your home work before believing the first thing you hear from a teacher or doctor. Nobody knows your child better than you do. Also, consider your family history and traits they might have inherited. When I was young, being a kid was much different than it is today. We did not spend hours sedentary, most of my day was spent outdoors. I grew up on a farm eating natural non processes foods, now kids barely have anything natural and healthy all three meals of the day. Think about how old this world is and wonder how in the world children got along before the drug companies invented drugs for ADHD?! Perhaps the kids with higher energy were the best helpers with yard work back then. They were the best athletes with the endurance to be more active than some of the other kids. Some how our species has carried on with higher energy kids without drugs for a long time.

I am not saying that ADHD does not exist. It is a condition that for some does require medication. I am only pointing out that this diagnoses is given incorrectly to 75% of the children that are screened for it, and only 25% that are screened are scientifically proven to have ADHD. This is not fair to the children that do have it because they can not get the individual attention they need when mixed in with the majority of their classmates that have been told they have it too.

Consider the foods your child is eating. Kids with higher blood glucose levels show similar signs that children with ADHD have and this could be one reason for a misdiagnoses. Many hyperactive kids also have visible symptoms of essential fat deficiency, such as dry skin, eczema, asthma, and excessive thirst. Omega 3 fatty acids have a calming affect on many kids with high energy kids. I would suggest getting an IgE and IgG food allergy test done on your child and altering their diet, before going straight to prescription medications for their hyperactivity. This route worked for me and my family.