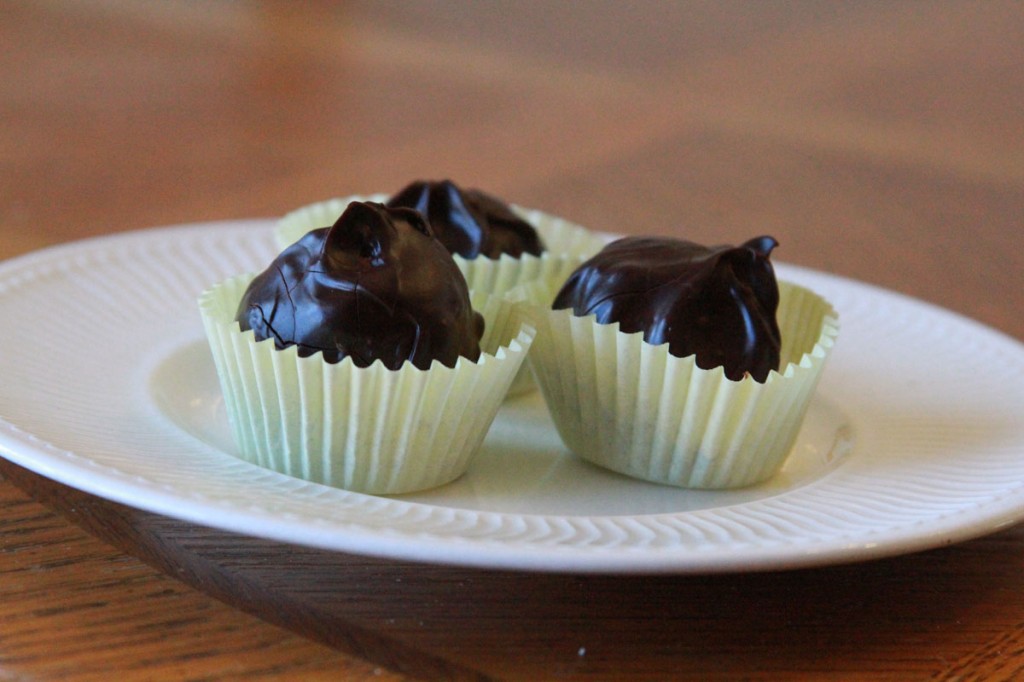 This is a recipe I wanted to try and nail down because the universe requires a chewy kind of candy without the maltitol. I also wanted to use unsweetened coconut for something absolutely fabulous.

It only looks like you have to swoon across three fainting couches to make something this luxurious. What’s more, you can still swoon across the parlor divan with one of these bon bons in your hand for dramatic effect points as you serve them to guests to make them think you worked all day to make them.

And for only 1.5 net carbs each, you deserve a little dramatic action.

The inside is nutty, coconutty goodness, the way some candies should be. More importantly, there’s plenty of healthy fat to be had in these, which make them decadent and filling (gourmet foods are fatty and filling), so you can enjoy one of these lovely delights and feel like you’ve been to visit the Queen, without having to comb your hair first (I call that a win).

In this recipe you have a healthy dessert which takes the edge off of those chocolate, chewy, crunchy cravings, but without breaking the carb bank. And because these employ healthy, gluten free, sugar free ingredients, you can pretty much wow anyone with these tiny desserts. There’s no guilt to be had here. Be gone, guilt! Bye, guilt. What? You left your purse? Too bad! OK. Well here. Take it. Now go. … Seriously? OK…. third door on the left. Then be gone!

1. Combine filling ingredients in mixing bowl.
2. Form into walnut-sized balls (about 2″).
3. Chill in refrigerator for an hour on waxed paper.
4. To make the coating, melt butter in microwave with cream, about 30 seconds, stirring at 15 or 20 seconds (you don’t want to fry the cream and butter, but merely melt them).
5. Stir in cocoa and sweetener, working in all ingredients.
6. Roll cold mini cakes in chocolate, coating thoroughly (I use a spoon).
7. Chill on waxed paper until ready to serve.
8. Keep refrigerated.