Caution: This discussion is not gluten-free, so please avert your eyes if you’re abstaining from the graining and you find will power waning (Why, yes. I am Eminem).

If you’re a low carber you could be giving me the face palm right now for other reasons. Bread? Uh huh. Whatever. You know you’re never supposed to touch bread ever again or you’ll grow hair on your palms and speak funny.

Sure. You could make that argument, but let’s also consider this: Bread is one of those comfort foods low carbers tend to want around. Whether it’s used for sandwiches or sanity, there is still a place for the stuff for those who are looking to keep carb intake low. If it wasn’t an obsession, there wouldn’t be Oopsie rolls, peanut bread, almond meal biscuits, low carb pie crusts, let alone the low-carb breads that not only exist–they’re expanding– because people want bread.

You make the bread subs and you might be OK with it, or you might say, Honestly. This really sucks. We’re going to assume you’re one of those low carbers who isn’t suffering from gluten issues who really wants the real breads and not the facsimiles.

The dilemma? Cost, both in carbs and in…well, dollahs. The stuff ain’t cheap. Either the bread is reasonably priced (Ezekiel) and high carb, or you’re looking at mortgaging your car for a loaf of the low carb stuff.

After someone brought me back from swooning across my fainting sofa after finding loaf after loaf of $7/loaf bread, I threw my hands up in the air and yelled, “Universe! Why do you pop me in the kneecaps with Tanya Harding angst?” It was then that the angels sang, harps shot forth unicorn sprinkles and the curtains arose.

This epiphany grabbed my collarbones and thrust me forward until I was nose to nose with the answer in the bread aisle at my local King Soopers… this loaf of fabulousness in the form of low carb bread. And for $2.99. 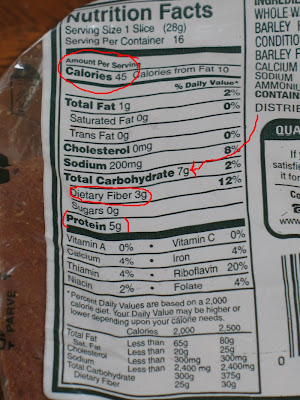 Hallelujah! I have been heeled! What? Bread has heels. Don’t give me that shade, honey.

Carb-Helper Multi-Grain is terrific. I made breakfast for my picky teen who tells me a lot of the products I bring home are “autistically offensive,” and he told me, with great affirmation, “This is not autistically offensive.” So he finished off his eggs and bacon and two slices of toasted loveliness for a grand total of 8 net carbs and 90 calories and more protein than the egg itself (10 grams in the bread, versus 6.5 in a large egg), and I felt amazing knowing he had his beloved bread without the corn syrupy sugar rush.

I remember the Wonder Diet Bread in the 80’s. Even at 7 carbs per slice, it was relatively carby, but it was an option. At only 4 net carbs, you can afford a little bit of bready wonder in your life in the Carb Helper. I ate my egg, bacon and cheese sandwich on the slices of serenity and, two hours later, I still feel happily full.

And while these slices of bread are somewhat smaller than the Sarah Lee low carb bread I reviewed here, it really is my favorite low carb bread to date in terms of flavor and texture (and it’s .5 carbs less per slice). A little here really goes a long way.

Gone are the days of eating questionable facsimiles or spending too much for bread. Carb Helper Multi-Grain travels to school well, freezes well and holds your proteins and fats with a “Yes, ma’am,” a salute, and a spring in its step. You just can’t beat a bread with this much bling.

Disclosure: This product was not provided to me for review and hasn’t affected what I think of the stuff.