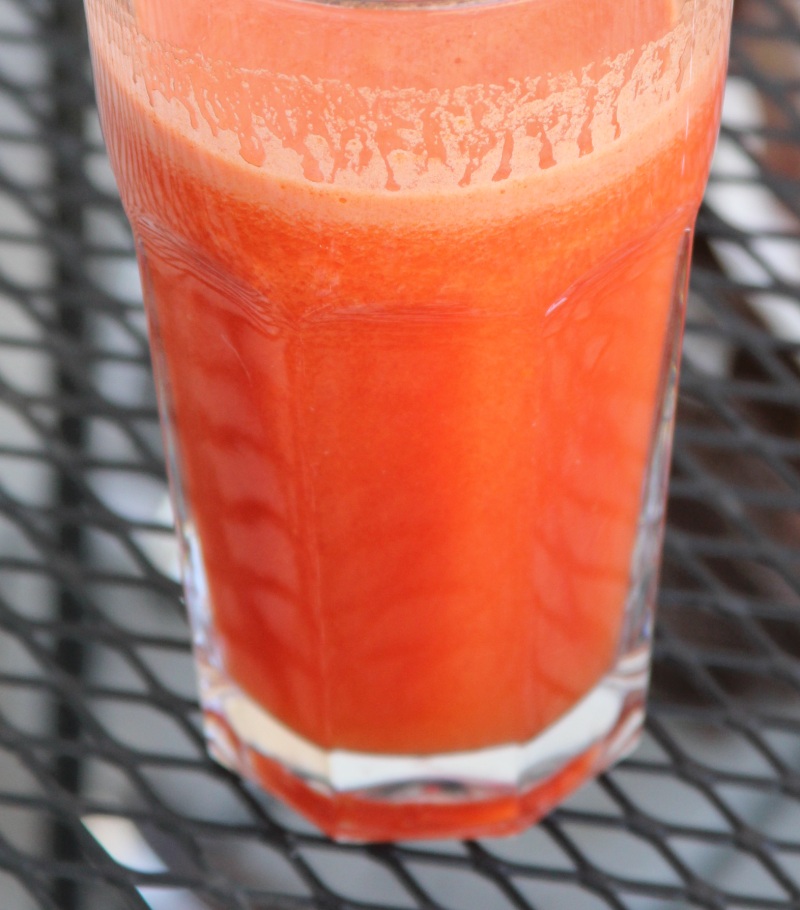 Follow along on a low carber’s journey of juicing, sacrifice and… well, right now it’s sacrifice only, really… as a typically low carb blogess and her sweet baboo embark on a liquid only diet for 10 days, based on the documentary, Fat, Sick and Nearly Dead. The mission? To seek out bold, new flavors. To explore the galaxy for intelligent, new ideas. To shed a little junk in the trunk. To boldly juice what no girl has juiced before.

I now know juicing has to be an adventure desperate people take. No sane, well-adjusted person decides one morning, “Why not live on beverages that consist of the Amana colors from 1970’s appliances and feel like the hairy butt of a carrot for 10 days?” Who, with any shred of dignity willingly drinks a beverage with an avocado green liquid and an orange froth fashioned from cucumber armpits and said hairy carrot butts?

In fact, when I posed that question yesterday, my son said, “I hate the word froth. It’s just a drink’s beard.”
“Fine,” I said. “Look. It’s an avocado green drink with an orange beard. Who’d like that?”
“A juicing Leprechaun.”
He’s here every Tuesday, folks. Try the veal juice.

Yesterday I spent the majority of the day hungry, tired or sweaty. And forget that I was up at least three times last night running for the bathroom because of all of the liquids. But enough about the high points. Here’s the juice on day one of juicing: 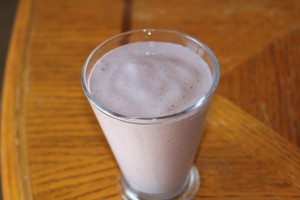 Breakfast: I went with the (now-wise) choice of the high-protein Berry Spinach Smoothie (recipe here). From experience, I know proteins and fats fuel me for hours, even if the berries added more carbs than I’d typically spend in a single meal (24 net for each filling smoothie).

The down side: Right off the bat, I realized that not being able to eat any solids really Tanya Harding’d me in the gastronomic kneecaps. I was making my son an omelet and wasn’t allowed a single pepperoni on principle. Who knew I wanted pepperoni so much? It’s one thing when you start your low carb journey and accidentally lick cake batter from your fingers (and then pour it down you cleavage and smear it around for later); it’s another entirely when you feel like you’re off plan if you touch even a sprig of meat candy.

What’s worse is when you’re starving and know even a slice of cheese would cause hunger to sit itself back down, but you’re in no-person’s land, armed with a fridge filled with juice-squeezins. But enough of me whining. It’s time for lunch:

Because parsley has a tendency in centrifugal juicers to splatter around the outer edges of the bowl and not go into the juice, I wadded the parsley together as many tend to do, and I shoved it into one of the halved bell peppers. It worked great! Juice and serve immediately.

Lunch was where I screwed up. I made an entire 32 ounces to feed my sweet baboo and myself, giving each of us, effectively, only 16 ounces. Only he was still hungry, so I handed him half of mine. I only took in 8 ounces for lunch. I thought it was a super idea until 5 o clock rolled around, and I literally couldn’t function.

I was absolutely tired, crabby, and I was starving. After laying on the bed for hours, I decided to go for quick energy. I had kids asking me what was for dinner. I hat pets that wanted attention. I have a pile of laundry giving me the stink eye.

Because I’d been hungry from not ingesting enough at lunch, this time I drank the entire thing in one sitting, whether I liked it or not. I drank until I saw my feet float. I drank until I didn’t sob when I shredded cheese for my daughter’s dinner and couldn’t even sample one… little… shred… of its golden goodness. I drank until I saw the ceiling through the bottom of the glass. That was a lot of juice, but I figured it would definitely last the duration of the evening.

Why do I dub this Granny Smith’s Revenge? Because I was bloody starving within two hours. Now don’t get me wrong—A low carb veteran like me just knows pure fruit, root vegetable and some celery juice is likely not a good choice in the afternoon, so obviously there was going to be some backlash. Still, I needed the quick energy boost to get through making dinner.

Hubby manned the juicer dutifully upon his arrival home. And as I sat at the dinner table, watching the kids nompf Dreamfield’s pasta with low carb meat sauce and shredded Parmesan cheese, I asked my sweet man of a husband how he had fared. I knew I struggled during the day, after all. I went from feeling fine in the morning to being depressed that I couldn’t eat something (even when it was patently low carb)– and followed up with bouts of near delirium, tiredness beyond compare, and a case of the crabbies no mood fisherman has ever seen.

Having a buddy to share the experience with made the event more palpable because I knew my sweet baboo had to be hating life as much as I was yesterday. He had to have dealt with the gnawing pangs of hunger, debilitating lethargy and mental loopiness. This man, the one who said, “Yes. Let’s do this!” only a couple of days before, and listened to me complain about aisles too small to maneuver a cart through at Bed, Bath and Beyond, sheepishly smiled as he juiced kale…and told me he had eaten two slices of pie at work.

My jaw slapped my bellybutton.

“Well,” he smiled, hopefully, “the pie I took in wasn’t going to get eaten at work if no one had taken a slice, so I had to take a piece. Then everyone else had some.”
Glare.
“The cherries are organic.”
Glare.

“Cherries have anti-oxidants.”
Glare.
“I only enjoyed the cherry juice in the pie.”

The upswing? By 8 o clock that night we were almost in crumpled masses of quivering hunger. OK. So that’s not much of an upswing. But the cool thing is we were jonesing for some egg drop soup. Hell. By that time, I would have walked 10 miles to to Old Chicago for a pizza. We were both salivating by the time the soup hit the bowls. How fast can two people drink once-boiling soup?

Extrapolations of the day: Day two I’m changing things up based on Day one. I’ll report on that tomorrow.For Day one, hunger, lethargy and loopiness ruled the day. I was never even remotely as miserable in the worst of Atkins inductions as I was with one day of juicing + one low carb, high protein smoothie. Our mantra: This had better be worth it.

By evening I was a raving linguist maniac. When my husband came home and created his own juice concoction from cherries and cucumbers, I was so tired I couldn’t remember the words “guinea pig”. When he offered me a sip, I remarked, “Sure! I’ll be your… hamster… slave.”