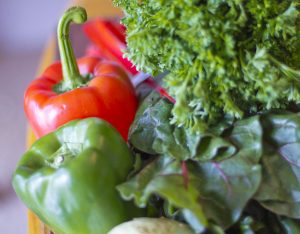 Vitamin A is a not only a vitamin, but an important antioxidant. Fighting damage from free radicals, which are oxygen molecules with unpaired electrons (the molecules grab electrons from other molecules and damage them), Vitamin A is one tough cookie (not literally in cookies) that gives up an electron to the oxygen molecule, which renders it less harmful.

Carotene is a substance that needs to be turned into Vitamin A before the body can use it. Carotene is found abundantly in carrots and leafy, green vegetables–so eat your veggies.

Vitamin A helps the body grow and repair its tissues, but it also supports the health of the skin. Because of this, many skin products are made out of Vitamin A including tretinoin.

Taken internally, Vitamin A also helps protect the mucous membranes that line the lungs, the mouth, the nose and the throat, which makes them less at risk for infection and damage from pollutants. Vitamin A also stimulates the production of gastric juices needed for healthy digestion. Vitamin A helps build strong bones,  teeth, and blood. It also maintains good eyesight. Vitamin A is necessary to make visual purple, which helps the eye see at night.

Absorbed mostly in the upper intestine, where bile salts and enzymes turn carotene into a usable vitamin, once turned into Vitamin A, it’s carried through the bloodstream where it can access tissues all over the body. Preformed Vitamin A is absorbed fairly rapidly, while converting and absorbing carotene takes several hours. Not all of the carotene is converted, however. Only about a third of it is turned into Vitamin A. Some of the carotene is absorbed into the circulatory system and stored in the liver, and the rest of it is excreted.

The recommended dietary allowance for Vitamin A is about 1,500 International Units for babies, 3,000 I.U. for children and 5,000 I.U. for adults. People need more Vitamin A when they’re under stress or injured or when pregnant and/or nursing.

Guess what! Our veggie of the week Chard [link to chard] has 716% of the recommended daily allowances of Vitamin A!

Are you getting your Vitamin A(wesome) on?