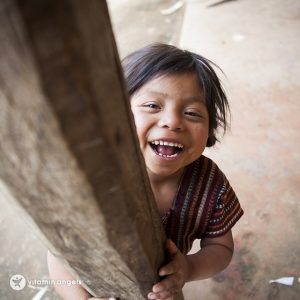 Compensation was provided by Walgreens via Mode Media. The opinions expressed herein are those of my own and are indicative of Walgreens.

Vitamin Angels is an organization that’s dedicated to providing vitamins for at-risk populations like pregnant women, new mothers, babies and young children. To this end, they are proud to announce their partnership with Walgreen’s. Walgreen’s has donated more than 2.5 million dollars to the cause of making sure that mothers and children receive the micronutrients they need to allow them to lead lives that are healthy and productive. When Walgreen’s customers buy certain health products at the store, the company donates 25 cents to Vitamin Angels. This alone gives one child a year’s supply of Vitamin A.

Vitamin Angels is also mindful of pregnant women and new mothers, for if mothers are healthy and well-nourished, their children also stand a better chance of being healthy. The need for vitamins to maintain her health and her baby’s health increases considerably when a woman is pregnant. The extra need continues if the woman breast-feeds.

It’s estimated that 190 million children under five years old have a Vitamin A deficiency. Some of these children live in the United States! Vitamin A deficiency not only leads to night blindness but causes the bones to not develop properly and for tooth enamel to weaken. The lack of other vitamins and micronutrients can be devastating. Indeed, it’s also estimated that 45 percent of childhood deaths can be linked to this lack of micronutrients.

Vitamin Angels is funded by foundations, businesses and individual donors and has earned six 4 star ratings as well as placement on the top 10 list of highly rated charities relying on private contributions in 2010 and 2012 from Charity Navigator. Charity Navigator is the top evaluator of charities in the United States.

Vitamin Angels isn’t religiously based, but requires that any organization that works with it, like Walgreen’s, provides access to their product regardless of race, religion, ethnicity or their ability to pay.

When shopping for vitamins, you might find it useful to know that you can help a child in need with every vitamins or supplements purchased at Walgreens. Millions of children around the world are suffering from “hidden hunger” a lack of macronutrients that can lead to disease or even death. In fact, 45% of all childhood deaths are attributed to under-nutrition. Walgreens is giving a portion of all vitamin retail sales to Vitamin Angels to help over 100 million children in the U.S. and abroad get the vitamins they need to live well.